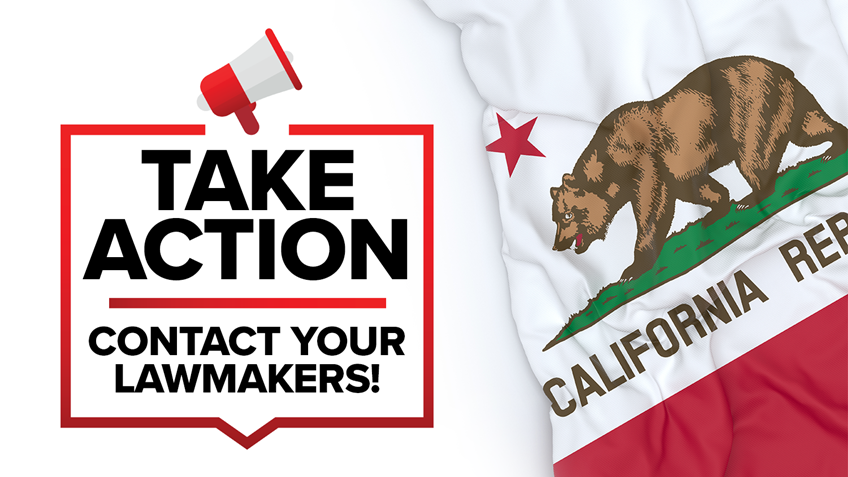 Friday, May 31 is the deadline for bills to pass out of the house of origin. Anti-gun bills AB 879 and AB 1669 are both eligible for floor votes in the Assembly.  Please use the TAKE ACTION button below to contact your State Assembly Member to respectfully ask him/her to OPPOSE AB 879 and AB 1669.

Assembly Bill 1669, sponsored by Assembly Member Rob Bonta (D-18), would raise the DROS fees paid by consumers when purchasing firearms. The DROS account at times has generated a massive surplus at times, so much so that tens of millions of dollars have been utilized to fund other DOJ programs including a $24 million dollar loan to the Armed Prohibited Persons System (APPS) just a few short years ago. This legislation appears nothing more than an effort to put more cost constraints on gun owners to foot the bill for the massive cost pressures the legislature has put on DOJ in the recent years including ammunition background checks and long gun registration to name a few.

Last week, the Senate passed SB 61, SB 120, and SB 172 and the Assembly passed AB 1254. The bills will move chambers and await a committee assignment.

Senate Bill 61, sponsored by Senator Anthony Portantino (D-25), would expand California’s one handgun a month law to apply to all firearms. Further, this legislation was amended to prohibit the sale of centerfire semi-automatic rifles to persons under 21 years of age except in narrow circumstances.

Senate Bill 120, sponsored by Senator Henry Stern (D-27), would expand the penalties for violations of California's transportation laws, including in vehicles or on a person. The penalties include a 10 year prohibition on firearm ownership.

Continue to check your inbox and the California Stand and Fight webpage for updates on issues impacting your Second Amendment rights and hunting heritage in California.

IN THIS ARTICLE
California Second Amendment
UP NEXT x

California: Legislation Threatening Our Second Amendment Rights and Sporting Heritage Up This Week in Committee

California: The Legislature Reconvenes With Gun Control Back in the Budget!