“For too long, access to public lands for hunters and recreational shooters has been restricted by a bureaucracy that opposes hunting and shooting,” said Chris W. Cox, executive director, NRA-ILA. “Secretary Zinke has made clear that he respects the rights of America’s sportsmen and his pro-hunting, pro-conservation proposals have the full support of the NRA.”

Public land access has long been a priority issue for millions of hunters and recreational shooters across the country.  Zinke’s management plan ensures that they will be able to more fully access and enjoy our natural resources, which is a stark contrast to the hunting and recreational shooting bans pursued by the previous administration.

“On behalf of the 5 million hunters, recreational shooters and members of the NRA, we commend Secretary Zinke for continuing to follow Teddy Roosevelt's sportsman legacy by opening more land and water to hunting and target shooting. In the past, management plans for federal lands have been put in place to ban hunting and shooting. Sportsmen and women can now breathe a sigh of relief that those days are over. This administration values access to public lands for sportsmen and we commend them for it,” concluded Cox. 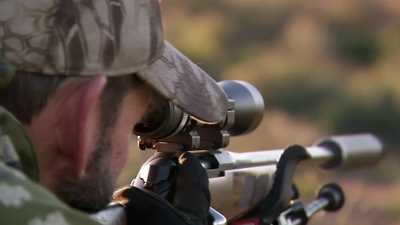