Wednesday, January 25, marked the cutoff date for bill introduction in the Hawaii legislature and as expected, a number of pro- and anti-gun bills have been introduced.  While none of the bills have been scheduled for hearings just yet, we anticipate committee hearings to be scheduled in the coming weeks.

Sound suppressors attached to firearms (less accurately called "silencers" in federal law) are an additional tool available to help protect the hunter’s hearing, reduce noise complaints by surrounding residents, and increase accuracy and safety.  While suppressors do not eliminate the sound of a firearm, they do reduce the muzzle report of a firearm and thus reducing a shooter’s risk of hearing damage. Additionally, suppressors help increase accuracy by reducing felt recoil and shot “flinch.”  Suppressors also help reduce noise complaints from neighbors, which are frequently used as an excuse to close hunting lands throughout the country.

Unfortunately, some legislators have introduced bills with gun-control agendas.

Senate Bill 9, sponsored by Senator Josh Green (D-3), Senator Stanley Chang (D-9) and Senator Karl Rhoads (D-13), would require lawful gun owners to obtain liability insurance to cover personal injury or property damage from the possession or use of a firearm.  Proof of this insurance would be required for new firearm permits and for the renewal of firearm permits.

Senate Bill 280, sponsored by Senator Gilbert- Keith-Agaran (D-5) Senator Stanley Chang (D-9) and Senator Will Espero (D-19); and House Bill 1345, sponsored by Representative Joseph Souki (D-34), would prohibit gun ownership to those placed on the “Terrorist Watchlist” without due process of the law.  The NRA does not want terrorists or dangerous people to have firearms; however, the NRA is opposed to a secret government list, which a large number of Americans mistakenly end up on every year, being used to deny individuals their constitutional right.

House Bill 1583, sponsored by Chris Lee (D-51), would broaden the current restraining order statute by creating a “Gun Violence Protective Order.”  This GVPO would make it easier for law enforcement, family or household members to strip the accused of their Second Amendment rights, based solely on allegations, without due process of the law.

Please stay tuned to your email inbox and www.nraila.org for further updates on these bills as the 2017 legislative session progresses.​

Arkansas: Several Important Bills on the Move in Little Rock 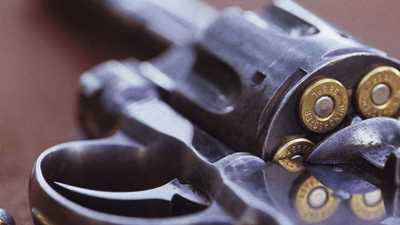